Where We Must Go When We Feel Lost And Alone 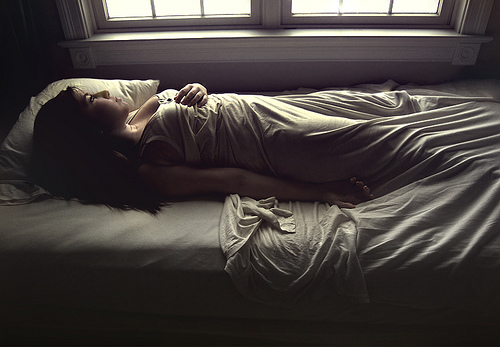 What She Desires Most

She notices the people sitting in a small sports bar across the street.  They’re cheering and chatting.  They look so alive.  She wants to cross the street and join these people just to connect with them – to be a part of something.  But a subtle voice that comes from within – that whispers from the open wounds in her heart – holds her back from doing so.  So she keeps walking.  Alone.

She walks to the end of the city center where she sees a dirt path that leads up a grassy hill.  The hill, she knows, overlooks a spiritual sanctuary.  But it isn’t the sanctuary she wants to visit tonight – not yet anyway.  It’s a warm, breezy Saturday night and she wants to find a place outdoors with sufficient light so she can sit and read the novel she’s grasping in her right hand.

But reading isn’t what she really wants.  Not deep down.  What she really wants is for someone – anyone at all – to tap her on the shoulder and invite her into their world.  To ask her questions and tell her stories.  To be interested.  To laugh with her.  To want her to be a part of their life.

But it isn’t even this connection with someone new that she wants most.  At least not at the deepest level.  At the deepest level, in the core of her soul, even fleeting connections with others seem to interfere with what she desires most.  Which is to know that she’s truly loved.  That she’s not alone in this world.  And that whatever she was put here to do, in time, will be done and shared with others who care.

This young woman left a substantial segment of her life behind to be in this small city tonight.  A few months ago, she was engaged to a strapping young businessman, managing a fast-growing start-up company, working long, hard days and enjoying the fruits of her labor together with a deepening community of friendships in Manhattan.

In a period of just a few months, her fiancé and her split and decided that it was easiest to shutdown the company and divide the monetary remains rather than attempt co-ownership.  As they began the process of shutting down the company, she learned that most of the seemingly deep friendships she had made in Manhattan were tied directly to her old business affairs or her business-socialite of an ex-fiancé.

While this young woman didn’t consciously expect such a rapid, tragic series of events, it also wasn’t totally unexpected.  Subconsciously she knew that she had created a life for herself that was unsustainable.  It was a life revolving around her social status in which all of her relationships brought with them a mounting and revolving set of expectations.  This life left no time for spiritual growth or true love.

Yet, this young woman is drawn to spirituality and love.  She has been drawn to both all her life.  And the only thing that steered her off course into this unsustainable lifestyle was the imprudent belief that if she did certain things and acted in certain ways she would be worthy in the eyes of others.  That her social status would procure love from these people.  And that she would never be alone.

She realizes, now, how wrong she was.

The young woman walks up a steep paved road on the outskirts of the city center.  She feels the burn in her quads as she marches higher and higher.  The road is, at first, filled with quaint boutique shops and young couples and friends, but as it advances uphill they give way to small cottage homes and kids playing ball in the street.  She keeps marching higher and higher until she reaches a clearing where there is a small public park.

In this park, a group of teenagers huddle around two guitarists who are strumming and singing an acoustic melody.  “Is it a popular song?” she thinks to herself.  She isn’t sure because she hasn’t had time lately to listen to music.  She wants to join the group.  She wants to tell the guitarists that their music is incredible.  But she hesitates.  She just can’t find the courage to walk over to them.

Instead, she sits on a park bench a few hundred feet away.  The bench overlooks the cityscape below.  She stares off into the distance and up into the night sky for several minutes – thinking and breathing.  And she begins to smile, because she can see the spiritual sanctuary.  It’s dark outside, but the sanctuary shines bright.  She can see it clearly.  She can feel it’s warmth surrounding her.  And although she knows the sanctuary has existed for an eternity, her heart tells her something that keeps a smile stretched across her cheeks: “This sanctuary is all yours tonight.”

Not in the sense that she owns it.  Nor in the sense that it isn’t also a sanctuary for millions of other people around the world.  But rather in the sense that it belongs to all of us as part of our heritage, exclusively tailored for every human being and our unique needs and beliefs.  It’s a quiet refuge that, when we choose to pay attention, exists all around us and within us.  We can escape to it at any time.  It’s a place where we can dwell with the good spirits and guardian angels who love us unconditionally and guide us even when we feel lost and alone.

Especially when we feel lost and alone.

Adam is a general blogger and writer. He has a quick wit and a sharp tongue, but he also has a kind heart. He loves spending time with his family and friends, and he enjoys writing about the things that matter to him.

Center Your Life Around Love And Happiness

Center Your Life Around Love And Happiness

7 Rituals You Should Steal From Extremely Creative...

50 Happiness Quotes To Change The Way You...

7 Reasons Youre Not Successful